Murder is easy. It's a terrible thing to...

Join the StageAgent community to learn more about this monologue from 50 Guns and unlock other amazing theatre resources!

Upgrade to PRO to learn more about this monologue from 50 Guns and unlock other amazing theatre resources!

Start: The truth is, I have no fashion...

Love, Loss and What I Wore - Play

I have always been fascinated by guns. T...

Love, Loss and What I Wore - Play

Murder is easy. It's a terrible thing to say but murder is easy. The act itself is simple. You point the gun and pull the trigger.

Easy. If that doesn't work, you do it again.

That is power and the gun gives you that power.

SHE PLACES THE ‘GUN’ IN THE BOX. SHE PICKS UP ANOTHER ONE.

Midnight, Friday July 20th, 2012. Aurora, Colorado. A gunman in a gas mask and body armor enters a cinema during the midnight premiere of the new "Batman" movie. After hurling a gas canister into the theater he opens fire on moviegoers with an assault rifle, a shotgun and a pistol. He wounds 59 people and kills twelve, including six-year-old Veronica. “She was a very special girl”, said Veronica’s grandmother, Anne Moser. “She was very intelligent … she was a sweetheart to everybody, and lovable. She knew how to make people happy.”

The shooting evoked memories of the 1999 massacre at Columbine High School in Littleton, 17 miles from Aurora, where two students opened fire and killed 12 students and a teacher.

SHE PLACES THE ‘GUN’ IN THE BOX. SHE PICKS UP ANOTHER ONE.

Steven Green summarily shot all in the head, emerging to say, "I just killed them."

Abeer was held down to the floor by another soldier. Green and at least one other soldier then raped Abeer, and then Green shot and killed her. The lower part of Abeer’s body, was then set on fire.

SHE PLACES THE ‘GUN’ IN THE BOX.

SHE PICKS UP ANOTHER ‘GUN’.

Investigators say the shooting was a robbery gone awry. The gun used was a .38 caliber Smith and Wesson revolver. According to a report the Smith and Wesson .38 is the most popular gun used in violent crime in the USA.

SHE PLACES THE ‘GUN’ IN THE BOX

Guns also have no conscience. They do not feel remorse or ask for redemption.

BY AGREEING TO THE TERMS AND CONDITIONS OF alexbroun.com AND PAYING THE DOWNLOAD FEE YOU ARE PERMITTED TO PERFORM THIS PLAY ROYALTY FREE ANYWHERE IN THE WORLD FOR A PERIOD OF 12 MONTHS FROM THE DATE OF DOWNLOAD.

IF YOU DO PERFORM THIS PLAY PLEASE VISIT THE WEBSITE AND RECORD THE DETAILS OF YOUR PRODUCTION SO YOUR PRODUCTION CAN BE LISTED AMONGST THE THOUSANDS OF PRODUCTIONS OF ALEX’S WORK WORLDWIDE EVERY YEAR.

FOR ANY QUERIES PLEASE CONTACT THE AUTHOR ON abroun@bigpond.net.au 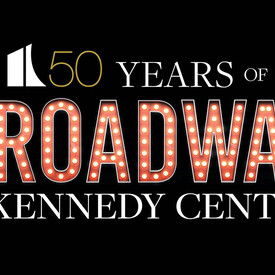 50 Years of Broadway at the Kennedy Center