At last I can show those Lalas in Lotusl...

Join the StageAgent community to learn more about this monologue from Slay It With Music and unlock other amazing theatre resources!

Upgrade to PRO to learn more about this monologue from Slay It With Music and unlock other amazing theatre resources!

At last I can show those Lalas in Lotusland what a real actress is! And not in those silly new films with robots and spies and kewpie dolls! No. I'll be in the kind of film only someone with my background and pizazz can do!

A movie relevant to our times! So, watch out, world! My creative juices have fermented in the cellar too long. I'm vintage stuff, my darling. And it's time to fizz again! THIS is a role I’d kill for, again and again.

AFTER LONG YEARS OF COLD SECLUSION,

MY CAREER GETS A BLOOD TRANSFUSION,

TROUBLE AND RUMOR ONCE CONSPIRED

SO SOMEHOW I COULD NOT GET HIRED;

NO SECOND WILL I WASTE.

DEALING WITH TYPES WHO LIE AND TWO-TIME.

THIS DAY BEGINS A NEW TIME:

“Gotta Get Her Back” (Tom Wopat, Caroline Conceison, & Alex Getlin)

“I Know a Secret” (Caroline Conceison)

“Anywhere But Where I Am” (Marianne Tatum) 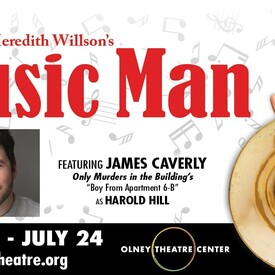