Join the StageAgent community to learn more about this monologue from Direct from Death Row the Scottsboro Boys and unlock other amazing theatre resources!

Upgrade to PRO to learn more about this monologue from Direct from Death Row the Scottsboro Boys and unlock other amazing theatre resources!

Five years later, they let Charlie out real quiet. And a little after that, I shakes hands with my old friend Andy, and shake Clarence's hand, too. Even Ozie, despite stabbin' the sheriff, go free in, I dunno, 1946 or somethin'. Only one left after that is me.

Way I see it, everyone I ever known has let me down. Or else, like my mama, has died and gone. Leibowitz and all them do-gooders let me down. God knows the governor let me down. And God Himself, I sometimes feel, let me down, too. Only one left to depend on now is me.

So I fixes on a plan. They got me sweepin' floors inside the prison. But where I needs be is out on the farm. So I get myself in a little trouble and they bring me to the warden for a whippin'. And I make just like Brer Rabbit. "Oh don't send me to the farm, cap'n! Whip me if you gotta but please don't be sendin' me to the farm!"

Which o' course they do. But I'm assigned to Shotgun Smith, and ain't nobody ever escaped from him. Though there be several that died tryin'. All I can do is...be patient. Then in the winter of '48, he retire. And they put a rookie in his place.

But still I bide my time. 'Til well into summer, when the leaves be full and the corn be high. And I invited several others to go with me, pointin' out how good their chances is, on accounta the guards first be sendin' the hounds after me.

But really what I be usin' 'em for was bait.

Come mid-July, I decide the time has come to grant myself a pardon. So as the sun be startin' to set one day, I give the nod, and we scatter through the corn! One young kid I kept with me, case I needed a sacrifice. The others head out as fast and far as possible, the fools. Me and the boy, we stay close, listenin' to the dogs gradually roundin' all them others up.

After dark, me and the boy ease into the woods. But then he start talkin' about stealin' a car to get away. I tell him forget that. But them dogs barkin' is makin' him scared. Across the road there be a farm and he decide to make a dash for their garage. No sooner he start off runnin' than there's shouts and shots. Shit, I'm thinkin', that gonna draw the dogs for sure!

I don't know what become of that boy, but me I double back to where there be a stream about waist high. Figure maybe the water hide my scent. But damn if them dogs ain't comin' closer. And through the trees, I see the headlights pullin' up on the road. A whole posse of 'em. The dogs I can tell is comin' though the corn field. Next they be here in the woods.

Ain't nothin' for it now, Haywood--'lessn you can make yourself into a snake. Them dogs already splashin' in the water. I can see 'em. Two that's jumped on in and one be waitin' at the edge, woofin' and wailin'.

Good boy. You a good boy.

Come here, boy. People be treatin' you like a dog all your life, c'mere to me. Come on.

And the second dog too now start watchin' kinda close.

Yeah, you a good boy. C'mere to Haywood.

And that front dog kind of nuzzle on up to me, and I take his head in my hands and thrust it under the water. And to the second one I be sayin', "Oh, he's a good dog. And you a good dog too, you know that?"

And underwater I feel that hound kickin' and strugglin'.

"C'mon to me, boy," I say to that second dog, who be lookin' at me kinda queer now. "Come on over here to Haywood."

And the first dog, he finally beginnin' to slow down under the water there. And when he stop, I reach out to the second one and say, "It's okay. Come to Haywood."

And I kill him too, same as the first.

And that dog over by the edge, he ain't sayin' nothin'. He don't seem to know what all's goin' on.

But I don't guess he believed that, since he just turned and hunkered off.

All the next day I stay on the prison grounds, knowin' it be the last place they look. And then I set out, travelling at night through the stream...like a snake. 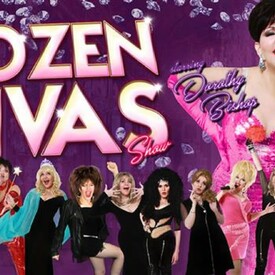