First day in the army you know what they...

The Boat in the Tiger Suit

Join the StageAgent community to learn more about this monologue from The Boat in the Tiger Suit and unlock other amazing theatre resources!

Upgrade to PRO to learn more about this monologue from The Boat in the Tiger Suit and unlock other amazing theatre resources! 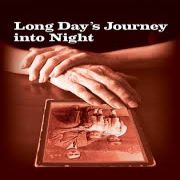 I’ve never admitted this to anyone befor...

CURTAIN UP (The stage is dark. VOICEO...

Now We Are Pope: Frederick Rolfe in Venice - Play

First day in the army you know what they teach you? How to be a part of the team. Know why? The scariest thing out here is isolation. You go too far, you get the supply line cut off, they cut off your head. They don’t teach you the way that you’re taught in school. They shave your head. They make you the same as everyone else. You look at yourself and say – look at you, asshole. You’re no different. Later on they yell that at you.

They know how to get the point across.

The first time they sent me over, everything was already over. It was like going to a party at someone else’s house and no one is there and you’ve gotta clean everything up and you don’t know where the serving trays go.
They didn’t tell us where we were going. Just loaded everyone up into humvees with blindfolds on more to protect our eyes than anything else and dropped our asses off in the middle of this jungle. I swear I had sand in every orifice imaginable but by the time I pulled off the mask, you couldn’t see anything but green. The kind of green that lawns look in magazines. The kind that the jungle looks in picture books and nature programs. And it was about that time that I realized that this wasn’t a picture book or a tv show or a magazine that we were actually in a jungle and that the jungle had materialized out of the desert like, well, like someone turning water into wine. And it was beautiful. A big marble fountain in the middle was the only thing that looked like it had been touched by man though I assume that the whole thing must’ve been man-made because how the hell else does a jungle get out in the middle of a land that God forgot?

There were three of us. The specialist, Natasha, and my buddy Eugenio. Natasha had a bunch of sunblock on because like my family she burned easily. Any insect that came within ten feet stuck to her so that she turned into a human fly strip. So she was swatting and bitching and Eugenio and I are laughing at her. The orders are to secure the area and since nothing is going on, we decide it’s secure. Eugenio lays down his pack. Natasha finally stops swatting and suddenly a sense of calm seems to fall, and after a while they’re both dozing like children in the sun; like kids do after a long day at the lake when the sun has finally been enough and there’s been so much fun had that there’s no choice but to shut your eyes, because really what else in the world could compare; I decide that I’ve gotta taste the water coming out of that fountain. The way the sun catches it, you can see right through it like it was made outta glass. So I take my canteen, dip it into the water, and once it’s good and full, I put it to my lips and I swear to you I have never tasted anything so sweet in my life. Time seems to stop and I can feel that water moving down my throat, I swear to God, I can feel the water going into each of my little cells and making it wet, making it breathe, making it turn alive again. And then I hear it: from under the brush, a low, guttural growl. Maybe it was me that heard it. Then: there it is again. I look over and I’ll be damned if there isn’t a motherf##king tiger poking his monstrous head out from under the green canopy. It’s then, right then, that I get the feeling that I’ve never had before and that I’ll never have again: that we truly are not safe here. That we are just visiting and that no matter what we do, we will never be back.

For licensing inquiries, please visit The Boat in the Tiger