It was on the Somme. We were attacking t...

Philip, a former soldier in World War One, has returned home to his

Join the StageAgent community to learn more about this monologue from The Boy Comes Home and unlock other amazing theatre resources!

Upgrade to PRO to learn more about this monologue from The Boy Comes Home and unlock other amazing theatre resources!

CHRIS: [clenching his fists] You call me...

Mine Eyes Have Seen - Play

She's gone. Whoever could suppose a woma...

The Dog in the Manger - Play

The Dog in the Manger - Play

It was on the Somme. We were attacking the next day and my company was in support. We were in a so-called trench on the edge of a wood—a damned rotten place to be, and we got hell. The company commander sent back to ask if we could move. The C.O. said, "Certainly not; hang on." We hung on; doing nothing, you know—just hanging on and waiting for the next day. Of course, the Boche knew all about that. He had it on us nicely.... (Sadly) Dear old Billy! he was one of the best—our company commander, you know. They got him, poor devil! That left me in command of the company. I sent a runner back to ask if I could move. Well, I'd had a bit of a scout on my own and found a sort of trench five hundred yards to the right. Not what you'd call a trench, of course, but compared to that wood—well, it was absolutely Hyde Park. I described the position and asked if I could go there. My man never came back. I waited an hour and sent another man. He went west too. Well, I wasn't going to send a third. It was murder. So I had to decide. We'd lost about half the company by this time, you see. Well, there were three things I could do—hang on, move to this other trench, against orders, or go back myself and explain the situation.... I moved.... And then I went back to the C.O. and told him I'd moved.... And then I went back to the company again.... (Quietly) That was when I became twenty-five.... or thirty-five.... or forty-five. 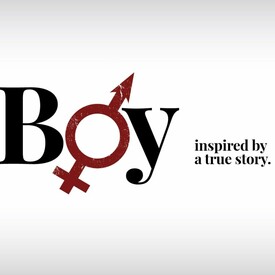