This all-sung, all-rhymed musical was championed by such notables as Al Hirschfeld, Harold Prince, and Leonard Cohen. It is uniquely educational in demonstrating all vocal types, as embodied by its “Circus of Voices.”

Set in Victorian England, Charlotte Sweet spotlights Charlotte, a girl with one of the highest & most beautiful soprano voices in the world. Because of her father's debts, she is forced to leave Ludlow Ladd (her Liverpool sweetheart) and join Barnaby Bugaboo's Circus of Voices: a troupe of freak voices including low-voiced Katinka Bugaboo, fast-voiced Harry Host, bubble-voiced Cecily Macintosh, and Skitzy Scofield (with dual personalities & voices).

Becoming the troupe's biggest sensation, Charlotte is mercilessly exploited by Barnaby until she has a vocal breakdown. Thereupon, Barnaby & his wife Katinka addict Charlotte to helium balloons in order to maintain her high notes. Only when Ludlow Ladd arrives in disguise, is Charlotte able to rescue herself, in a scene full of surprises.

View All Characters in Charlotte Sweet 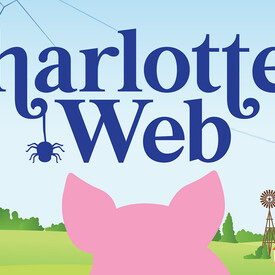