Tracy Lord is ecstatic about her impending marriage to George Kittredge, a successful industrialist. Soon, her ex-husband, Dexter, bounds in and informs the family that unless Tracy agrees to be photographed by two reporters from a celebrity magazine, they will print a story about Tracy's estranged father, who is carrying on an affair with an exotic dancer. Later, the reporters, Mike and Liz, arrive to be greeted by a very strangely costumed Dinah. Tracy joins her, also dressed outrageously, and together they perform a bizarre song and dance routine. To further perplex the reporters, Tracy introduces her Uncle Wille as her father and her newly-arrived father as her uncle. Later, at Tracy's pre-wedding ball, Tracy hides from George and invites Mike to go skinny-dipping with her in the pool. Meanwhile, Dexter has a heart-to-heart with liz, who is fleeing the amorous uncle Willie, and she admits that she's in love with Mike, even though he doesn't know it. She promises Dexter that neither she nor Mike will write any stories about the Lords, even if it costs them their jobs. Then, George witnesses Mike carrying the comatose Tracy up to her room, and assumes the worst. The wedding day dawns with the bride hungover and the groom furious. George confronts Tracy and Mike, but Mike swears that he did nothing wrong. Tracy decides that she can't marry George, no matter what. In the end, she and Dexter decide to re-marry.

View All Characters in High Society 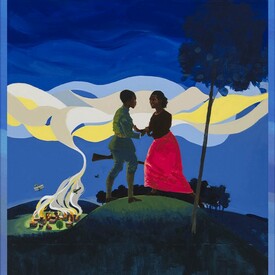