Fernando has fallen so deeply in love with a mystery woman that he has left his place at the monastery to follow her. He knows nothing about her history, but when she refuses to marry him and offers him a commission for King Alfonso’s army, he knows she must be a noble woman. He takes up the commission to try and reach a position where he is worthy of marrying nobility.

Fernando proves to be a valiant soldier, and fights bravely in the service of the king. When they return to Castile victorious, Alfonso wishes to honor Fernando, and asks him to choose a prize. Fernando asks that he might be permitted to marry the noblewoman he has fallen in love with, and indicates Leonora, with no idea that she is the king’s mistress. Believing his mistress to have been having an affair with Fernando, Alfonso grants Fernando’s wish, knowing that the marriage will bring great shame on him.

Leonora tries to explain her past to Fernando, so that he can decide whether to marry her or not, but her message is intercepted and never reaches him. When she appears at the altar, and he goes through with the ceremony, she fully believes that he has forgiven her disgraceful past. Fernando learns of Leonora’s relationship with the king when, instead of congratulation, he receives insults. He is furious at this betrayal from both the king and Leonora. He breaks his sword, and takes back his pledge of loyalty to the king.

With nowhere else to go, Fernando returns to the monastery. A few days later, Leonora arrives at the monastery, sick and on the edge of death. She begs Fernando for his forgiveness before succumbing to her illness and dying in his arms.

View All Characters in La Favorite 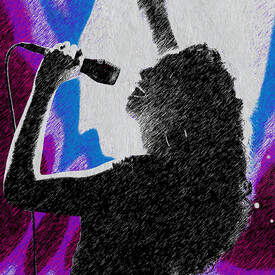