Since her childhood, Renata has been in love with an angel called Madiel, who burned like a bright gold flame before her. She called him her ‘fiery angel’ and he showed her wonderful visions. As she grew older, he told her that she would become a saint, but first she must suffer cruel torments so harsh that eventually her spirit broke. At that point she was capable of healing the deaf and the blind and people came to her for god’s healing.

But when she came of age, she begged the angel to show her love and become one with her in a physical relationship. Madiel burned with fire in his anger, and left her. From that moment, Renata has been searching for Madiel. She thought that she had found him in Count Heinrich, and she immediately submitted to his will, only to be left alone when he had finished with her.

A chance meeting one night in an inn with a knight called Ruprecht starts Renata on a journey to find Count Heinrich. Ruprect falls in love with Renata and will do anything for her. They seek out magicians, philosophers, and scientists, while continually evading the Inquisition, and try to summon the Count to them, but nothing works. Finally, Renata finds him, but he is no more than a man, and was never Renata’s angel.

Renata has been almost driven into madness by her search, and decides to take up holy orders to try to find salvation. Whilst she is in the convent, some of the young nuns are driven mad and believed to be possessed by demons. The Inquisitor is called to perform an exorcism, but the demonic power takes hold of Renata and the nuns and they attack the Inquisitor. Renata is sentenced to be burned at the stake.

Whether Prokofiev’s The Fiery Angel (Ognennyi angel) is interpreted as simply a story of demonic possession, an exploration of female sexuality, a story of childhood abuse and trauma, or a portrayal of mental illness in the context of 16th century religious beliefs, it has been popular with audiences since its first performance. The original Russian has now been translated into four different performing versions; English, French, German, and Italian.

View All Characters in The Fiery Angel 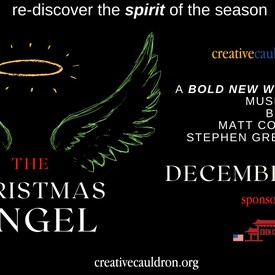