Des Dillon's Six Black Candles centers around six sisters who set out, with their Ma and Grandma, to avenge the infidelity of the eldest sister's husband.

The eldest is Caroline. Having bought her council house in a decrepit 1960s Coatbridge block, her husband Bobby has done a runner with the babysitter, Stacie Lacie. And if Caroline can't find ten grand by tomorrow, the flat will be repossessed.

Enter seven witches. Or the next best thing, if Caroline's five sisters, mother and pointedly Catholic grandmother are not, technically, a coven. Accompanied, as they would need to be, by an extra bottle of vodka, a few cans of lager, a plentiful supply of fags and a couple of packets of biscuits.

Exit, into Caroline's stupendously inappropriate fireplace, many pairs of Bobby's underwear. Each for a member of the number as they arrive. Up to and including Father Boyle, new to the parish, whose entrance disturbs the main object of the gathering: to hex Stacie Lacie's frozen head.

Six Black Candles boasts a cast of cantankerous, outspoken and spiteful siblings. The lines need to come hurtling out with such speed that they are realistic, but equally with such good delivery that you don't mind missing a punchline - another will be along in a minute. 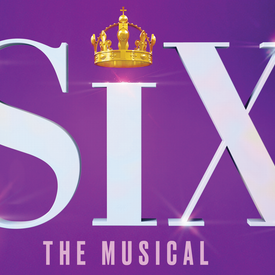