In a small village in the north of England, in 1575, three cases of unrequited love, one fleeing priest receiving refuge, and the announcement of a miraculous conception are ultimately overshadowed by a visit from Queen Elizabeth I, stopping by to make sure her secretly Catholic subjects will follow her Protestant command. In the wholesome, rosy-cheeked, aggressively Teutonic village of Oberammergau, in 1934, a reluctant son tries to step into the famous shoes left by his dying father, two young men explore their attraction, watched secretly by the eagle-eyed German Officer who has laid claim to the town’s enigmatic ingenue, and a visiting Englishman happily takes down interviews for his book, while an approving visit from Adolf Hitler is a highlight for the townspeople. In Spearfish, South Dakota, a proud, newly-wedded soldier heads off to the Vietnam War, a lonely young wife turns to her brother-in-law for comfort, an ambitious young actor transforms his town’s community theater, a traumatized Veteran realizes that he can never return to his community, a young girl remembers her death in “the war before”, and President Ronald Reagan stops by to approve the Greatest Story Ever Told. The life and death of Jesus Christ, as told in the tradition of the Passion Play, is the backdrop against which the people of these communities tell their own stories, the story from which they either yearn to break free or wish to more fully belong. Carpenters build cross after cross, angels fly, and fall, with the help of stage machinery, and community outsiders beg to be let in, or cry out a warning, down through the years. Sarah Ruhl’s epic three-part Passion Play explores the intersection of war and politics with religious tradition, and illustrates the effects of the Passion on the individual community members compelled to enact the story year after year.

View All Characters in Passion Play 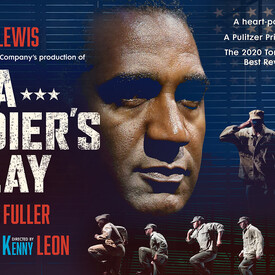