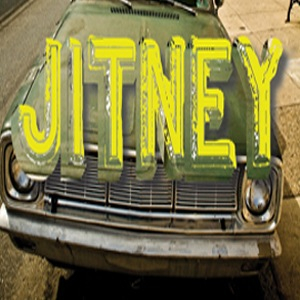 Jitney is the eighth play in August Wilson’s Pittsburgh Cycle. It takes place in The Hill District of Pittsburgh in 1977, in a gypsy cab station, during Pittsburgh’s period of so-called “urban renewal.” As the city tries to shut down businesses -- including the cab station -- to make way for new building, we meet five gypsy cab drivers struggling to survive. Wilson’s ensemble piece puts human faces to the process of gentrification seizing the United States, telling of the specific human struggles of Becker, Youngblood, Turnbo, Fielding and Doub as they cling to a nostalgic past, while reaching for an uncertain future. Becker, the owner of the cab station, descends into an emotional spiral when his son, Booster, comes out of jail, where he served time after murdering his ex-girlfriend who falsely accused him of raping her. Youngblood has saved up enough money to buy a house for himself, his girlfriend, and their two-year-old son, Jesse, but even this grand gesture fails to redeem him in the eyes of his girlfriend, Rena, who refuses to forgive him for his unfaithful past. Turnbo is an older man who is distressed with the manners of the young people today, especially those of fellow cab driver, Youngblood, and is obsessed with comparing their actions to those he remembers from his happier past. Recovering alcoholic Fielding, who used to be a tailor, is waging an ongoing battle against his alcoholism, even as his continued drunkenness threatens his job. Doub is a Korean War Veteran, and a longtime jitney driver, who equates his time at war where ‘they never paid [him] no mind’ to the experiences he and his black colleagues have with white men today. Over the course of the play, all five of these men and the characters that come in and out of their lives pose questions about how we can heal past wounds and leap into a less-than-certain future.

View All Characters in Jitney