Arms and the Man

Arms and the Man takes place during the 1885 Serbo-Bulgarian war. Raina Petkoff, a wealthy young woman with a taste for melodrama, is engaged to Sergius Saranoff, a dashing major in the Bulgarian army. On the night of her fiance’s triumph on the battlefield, a soldier in the Serbian army -- a Swiss professional, with no national interest -- bursts into her bedroom, and begs her to hide him so that he will not be killed. Raina complies, though she thinks the man a coward, especially when he tells her that he carries chocolates instead of pistol cartridges. Raina’s mother, imperious social climber Catherine, helps her smuggle the soldier away, but not before Raina has lost a bit of her heart to this pathetic specimen. When the menfolk return from war, Raina prepares to worship her victorious Sergius… until Captain Bluntschli, her “chocolate cream soldier”, appears to return a borrowed housecoat, and is invited to stay -- and incidentally, to help with regimental transport -- by hospitable Major Petkoff. Meanwhile, noble Sergius, disgusted with the practical realities of war, is more interested in flirting with Louka, the defiant housemaid who scorns to have “the soul of a servant.” As the Petkoff family, their servants, and the soldier, himself, struggle to hold on to their secrets and preserve their ideals, they are forced to question their romantic notions about social class, identity, war, and love. George Orwell once called Shaw's Arms and the Man "the wittiest play he ever wrote... and in spite of being a very light comedy, the most telling."

View All Characters in Arms and the Man

Arms and the Man guide sections 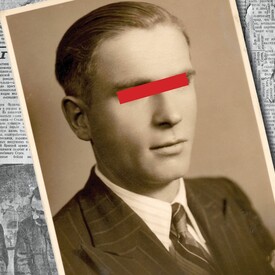 Memoirs of a Forgotten Man" by D.W. Gregory