Amongst the rubble of a bombed out village in the Caucasus Mountains, in the Soviet Republic of Georgia, an expert from the State Reconstruction Committee has come to meet with the members of two kolchos, (sometimes translated kolkhoz) or collective farms. At stake is the fate of a valley in the aftermath of World War II. The Galinsk kolchos villagers, who raise goats and used the valley before the war, wish to reclaim the land for grazing, while the Rosa Luxemburg kolchos villagers are fruit growers and want to plant an orchard. The Rosa Luxemburg farmers have proposed a plan to irrigate the valley and exponentially increase the productivity of the land. To support their claim, the fruit farmers have hired a famous local singer and prepared a play with music, The Chalk Circle, based on a Chinese parable. After this frame is established, Brecht never fully returns us to the meeting of the kolchos, instead, he focuses on the play within the play for remaining five scenes; a classic five-act epic structure. The story begins in the midst of a revolution, the Governor is executed, and his wife must flee. In the chaos, their infant son Michael is left behind. When no one else will take responsibility for the child, a servant named Grusha takes him up and goes on the run. The next three years unfold in a series of episodes showing how Grusha and Michael survive. As always, Brecht explores contradictions in his work, prying open the two sides to every transaction and probing the reasons people act against their own self-interest, while others blindly pursue it. Grusha nearly leaves the baby with a peasant couple, but cannot, against her better judgement. As Brecht wrote in his notes, “The more Grusha does to save the child’s life, the more she endangers her own,” (Brecht, Collected Plays: Seven 304). She takes refuge with her brother for a time, but is not welcomed by her sister-in-law, and though she had promised to wait for her true love Simon Chachava, she must marry someone else so she and Michael can survive. The story shifts gears and we learn how Azdak, a clever but corrupt judge, has used his wits to keep his position during the years of revolution and war, and finally after the restoration of the old regime. Ultimately it is he who will hear the suit of the Governor’s wife, who has returned from exile and wants her son back. If she can prove Michael is hers, he is the key to power and will be heir to the dead Governor’s estate. With a habit of drinking on the job, a propensity for taking bribes, and a reputation for ruling in favor of the underdog, Azdak must decide which mother has a better claim to the child’s custody, or rather he must determine, “the child’s claim to the better mother.” He devises the chalk circle test, a circle is drawn on the floor around Michael, and the two contestant mothers must each take a hand and try to pull the boy out. When Grusha lets go, it is clear that she is the better mother. Though the villager’s performance of The Chalk Circle is a parable for the kolchos’ disputed valley, the broader play, The Caucasian Chalk Circle offers a way of thinking about ownership and property, and the individual’s greater responsibility to the collective good, what Brecht called, a “potentially model attitude,” in the context of rebuilding a European continent which had been devastated by war—in both land and spirit. Authorship is shared with Brecht’s long time, and often uncredited, collaborator, Ruth Berlau.

View All Characters in The Caucasian Chalk Circle 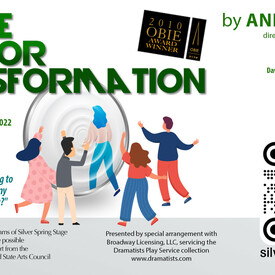