Lord and Lady Ferncliffe are coming to New York City, and Millicent Jordan is aflutter with the importance -- getting them to dinner will be the social coupe of the season. Arranging the menu, hiring a string quartet, and desperately searching for just the right guest list puts her into a whirl of frantic activity, and she gets no help or sympathy from her family and friends. Her husband Oliver, the ailing head of an ailing shipping company, wants to invite uncouth, unscrupulous business tycoon Dan Packard and his tacky wife, Kitty, but having a secret and fatal heart condition, would rather avoid the stress of the dinner itself. Her daughter Paula, discontented with a looming marriage, is stepping out on her fiance with another dinner guest: Larry Renault, an alcoholic, increasingly desperate former film star, whose financial situation is so grim that his agent is pushing him to accept a walk-on role… as a dead beachcomber. Further interference with Millicent’s plans comes in the form of Carlotta Vance, a theatrical “battered beauty” and old flame of Oliver’s, who arrives in New York hoping to unload her Jordan stock, and a violent love triangle brewing in the servant’s quarters, which comes to a head when Carlotta recognizes butler Gustave from her European travels, and asks about his family. Edna Ferber and George S. Kaufman’s sophisticated Dinner at Eight is a masterful ensemble play, a multi-layered Depression “dramedy” in which a wide variety of personalities, all connected by one dinner party, must come to terms with age, financial uncertainty, professional failure, and romantic disappointment, while finding a way to maintain social grace in a changing world.

View All Characters in Dinner at Eight 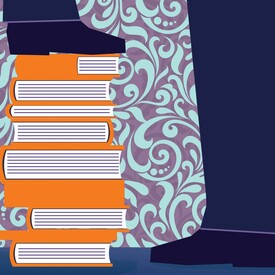 Sam and Dede, Or My Dinner with Andre the Giant" by Gino DiIorio