Once in a Lifetime

In the dying days of vaudeville, a washed-up performing trio cools its heels in New York City. Dim-witted straight man George is happy to sit around reading Variety, energetic idea man Jerry is off at the movies, leaving practical May to bewail the future. When the first talking picture revolutionizes the movie business, Jerry convinces the threesome to head out West to take advantage of the filmic gold rush, and May gets the idea to pose as a diction coach, the better to fleece hordes of terrified silent movie actors who suddenly need pipes of gold to stay in the business. After a chance meeting with Helen Hobart, old friend and popular movie columnist, the trio is all set with an introduction to glamorous Glogauer Studios. But success in the movie business is a fickle friend indeed, and George, May, and Jerry must learn to navigate the ego-driven confusion and ambitious, chaotic temptation of Hollywood, or losing each other forever. Once in a Lifetime, a madcap comedy by Moss Hart and George S. Kaufman, pokes gentle fun at the shining, glamorous, ridiculous, and tacky scene that was Hollywood in the late 1920s, when the upheaval caused by talking pictures created a whole world of panic and possibility. This show is lively and upbeat, laced with wry humor and quirky characters.

Note: There are over 40 Featured and Ensemble roles in Once in a Lifetime, but with doubling, an ensemble of 22 (12 M, 10 F) should be sufficient.

View All Characters in Once in a Lifetime

Once in a Lifetime guide sections 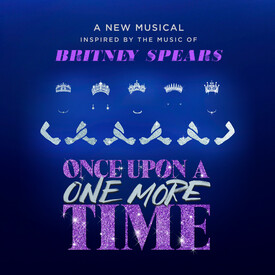