In 1869, ten explorers set off to chart the Green and Colorado Rivers, under the guidance of John Wesley Powell, a one-armed Civil War Veteran and personal friend of President Grant, a government-sanctioned journey following in the footsteps of the deserters, lone adventurers, and countless indigenous people who have previously braved the wild rapids leading through Colorado, Utah, and New Mexico, and through the most dangerous waterway of all: the Grand Canyon. Along the way they make friends, they get on each other’s nerves, they suffer loss of boat and supplies, they doubt, struggle, and name mountains after themselves, they posture and pretend, they quit while they’re ahead, and they repeatedly brave dangerous rapids to reach the other side. As boats capsize and supplies are lost, as belts tighten and nerves fray, the company draws together as a band of brothers, even as three members fear the outcome of the final waterfalls and make the fateful decision to leave before the end. In Men On Boats, Jacklyn Backhaus’ original, hilarious, and delightful adventure dramedy, the conquering men out to chronicle the land in service of America, God, and Manifest destiny, are given voice and movement by actors who are anything and everything but white and male, and the bravery, determination, foolishness, humanity, and true grit of the historical explorers is memorialized, while the historical moment of their journey is viewed with a critical lense.

View All Characters in Men on Boats 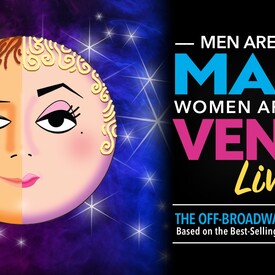