The Ohio Shakespeare Festival regards the actors, the script, and the audience as the quintessential elements of the theatre. As a professional theatre company, we are dedicated to articulating the inherently theatrical components of Shakespeare and his fellow playwrights throughout the ages in a manner that enables the collected imaginations of the artists to meet the collective imagination of the audience in a public celebration that transforms the world in which we live. For 17 years, Ohio Shakes has performed professional, accessible, and exciting Shakespeare outdoors at historic Stan Hywet Hall & Gardens. In 2016, we added an indoor stage at beautiful Greystone Hall in the heart of Downtown Akron. Between our indoor and outdoor stages, we bring to life Shakespeare, his contemporaries, and classic musicals year-round in Akron, Ohio. We are a company model, which means that many of our performers have been working together for a decade or more. The relationships we cultivate with one another enhance and inform our performances and our relationship with the audience at large. A number of our performers are also “actor-managers,” taking on other duties to improve the quality of the theatre. For example, our resident actor-manger Joe Pine also serves as our in-house Technical Director. When he is performing as Romeo, he is also spending his days building the sets (outdoors and indoors). Ryan Zarecki is a leading actor with the company who also choreographs all our stage combat, and he also serves as Properties Master. Tess Burgler manages media content, administrative work, and more throughout the year while also acting in the shows. These are just three examples of our 12 actor-managers. This actor-manager model allows our employees to become more invested in our art on multiple levels, which in turn makes the art even more meaningful and thoughtful. (Plus, it’s not dissimilar to the way Shakespeare’s original company of actors produced their shows!) We believe in the vibrancy and immediacy of Shakespeare and other classic plays/playwrights. We are known for exciting and daring live stage combat, acrobatic dancing, rowdy and lively Greenshow (pre-show) performances, and a direct approach to classic language that helps the words become clear and relevant. Our shows are briskly paced but easily understood. Above all, we respect the work of the playwright. We do not impose concepts or new themes onto our productions, but instead, we serve as the vehicle to tell the author’s story as clearly as possible. 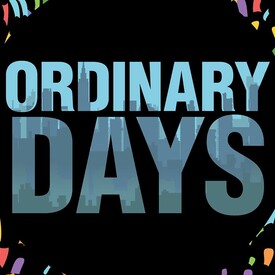