Royal Holloway Musical Theatre Society (known as MTS) is one of the largest and most active societies on campus, staging musical spectaculars throughout the year. Whether you’re a keen singer, dancer, actor, director, producer, choreographer, musical director, stage manager, or just an enthusiast, MTS has a place for everyone. We are also delighted to announce that we are entering our 25th year at Royal Holloway!

We work all year round to stage full-scale performances, concerts, showcases, workshops, theater trips and of course many socials! In the past, we have staged musical classics such as Cabaret, Gentlemen Prefer Blondes, and Sweet Charity as well as the more modern musicals such as The Wedding Singer, Little Shop of Horrors and RENT. These main productions are performed in November and March every year in venues such as the Student's Union of Royal Holloway and Medicine. Alongside our Main Term Spring production is Variations - the exclusively first-year show. This is the opportunity for our freshers to show us what they can do! Each of these productions are open to anybody that would like to audition, not just MTS members. Auditions are held at the beginning of each term. The production teams for these main shows are all made up of our members. Any member can bid a show that they would like to put on and then the committee choose which production will be put on out of these bids.

In our 25th Anniversary year we are also introducing a new Lights Up Series, which will be a series of non-auditioned showcases for people to show off their skills be it dancing, singing or acting. These will be every term, and a great opportunity for our members to practice in front of an audience. We are also super excited to introduce our Behind The Curtains Scheme, a weekly workshop that will specialise in all aspects of Musical Theatre! We will be offering classes in different Musical Theatre skills, audition preparation and general Musical Theatre knowledge. These will be taking place at the university every Sunday from 16:30 to 18:30.

We are a society that bases its values on inclusivity. We believe strongly in uniting people regardless of their background, sexual orientation, disability, ethnicity or age by coming together and sharing our love and passion for theatre. 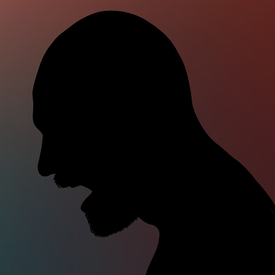