Frederick Loewe, born Friedrich (Fritz) Löwe, was an Austrian-American composer best known for his work on Golden Age musicals in collaborating with Alan Jay Lerner. Some of Loewe’s most notable works include My Fair Lady, Brigadoon, and Gigi.

A child prodigy, Loewe began as a concert pianist from the age of five. His father was Viennese operetta star Edmond Loewe and Frederick became the youngest soloist to ever appear with the Berlin Philharmonic Orchestra at the age of 13. Loewe moved to the USA in 1924 with his father, determined to write music for Broadway. When he arrived, Loewe worked as a pianist in German nightclubs and as an accompanist for silent films. Loewe wrote music for the Broadway play Petticoat Fever and various Broadway revues. However, Loewe struggled in New York for ten years, unable to find his big break.

Everything changed when Loewe met his collaborative partner, Alan Jay Lerner, in August of 1942 at the Lambs, a theatre club in New York. The first musicals the two worked on were considered commercial “flops”, with many productions closing after only one week. Gaining small success in 1945, the duo did not have a significant hit until Brigadoon, which opened on Broadway in 1947. Their next success came with Paint Your Wagon (1951), followed by their arguably most popular musical, My Fair Lady (1956). My Fair Lady won six out of the ten Tony Awards it was nominated for. Four years later, the two began work on their first film musical: Gigi (1958). The film would go on to win ten Academy Awards. During the creation of Camelot (1960), Lerner and Loewe had personal differences that led to the suspension of their collaboration for more than a decade. The two reunited to adapt Gigi for the stage and wrote the score for the film The Little Prince (1974).

After the success of Camelot in 1960, Loewe retired in Palm Springs. He was inducted into the Songwriter Hall of Fame in 1972 and the American Theatre Hall of Fame in 1979. Loewe passed away in 1988 at the age of 86 from cardiac arrest. A Golden Palm Star on the Palm Springs Walk of Fame was dedicated in his memory in 1995. Frederick Loewe is considered to be one of the greatest composers of the Golden Age of musical theatre. 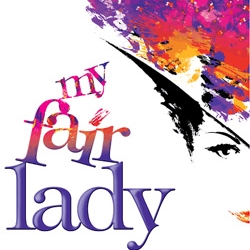 View All Shows By Frederick Loewe