Sir Tom Stoppard (born Tomas Straussler) is a prominent playwright and screenwriter. He is highly praised for his politically-focused work, and is lauded for such titles as Arcadia, The Real Thing, and Rosencrantz and Guildenstern Are Dead. In addition to his plays, Stoppard contributed as a co-writer on many films, most notably The Russia House and Shakespeare in Love.

Tom was born July 3, 1937, in the Czech Republic. However he fled as a child due to Nazi occupation. In 1945, his mother married a British army major named Kenneth Stoppard. Kenneth gave Tom his surname and inspired him to become a bona fide Englishman.

Stoppard began his schooling at the Dolphin School in Nottinghamshire, and completed his schooling at Pocklington School in Yorkshire. After completing his education at Pocklington, Stoppard chose to work as a journalist at the Western Daily Press instead of attending a university. In 1958, he accepted a position as a feature writer, columnist, and drama critic at the Bristol Evening World, which formally connected him to professional theater spheres.

Stoppard completed his first full length stage play, A Walk on the Water, in 1960. Stoppard received his big break when A Walk on Water was staged in Hamburg, and then broadcast on British television in 1963. In this time period, Stoppard continued to work as a drama critic, while producing separate works for radio, television, and the stage. Tom Stoppard’s popularity rapidly increased when his play Rosencrantz and Guildenstern Are Dead was produced through the National Theatre at the Old Vic in 1967, and he prolifically wrote plays thereafter.

Many of Stoppard’s works place an emphasis on human rights issues and philosophical concepts. His style, colloquially referred to as “Stoppardian,” often uses comedic techniques to convey deeper philosophical themes and ideas. However, the intellectuality of his work was criticized for being devoid of political and personal impact, so Stoppard made a greater effort in his later work to emphasize interpersonal narratives and political complexities.

Stoppard is the recipient of numerous awards, including Tony’s, an Academy Award, and an Olivier Award. He began receiving many achievement-based awards in the 21st century. Among the most impressive was his listing among Time magazine’s top 100 most influential people in a 2008 publishing.

A large archive of Stoppard’s papers, featuring items such as handwritten drafts, cast lists, set drawings, photographs, legal documents, diary sheets, and sheet music, are archived at the Harry Ransom Center at the University of Texas at Austin.

Stoppard has married three times and has four children. 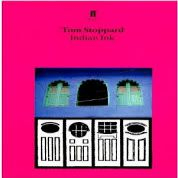 View All Shows By Tom Stoppard