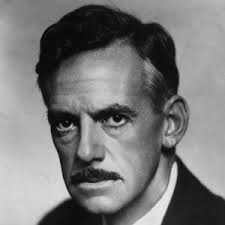 Eugene O'Neill was an American playwright and Nobel Laureate in Literature. His autobiographic masterpiece, A Long Day's Journey Into Night is widely regarded as one of the greatest American plays of all time.

O’Neill was born in New York City in 1888. He had a challenging childhood and this was reflected in the tragic nature of his plays. His mother was addicted to morphine and O’Neill spent much of his youth on the road with his father, who was a stage actor. After spending time at boarding school, he enrolled in Princeton University but he left the college just ten months later. After spending a period of time drinking, carousing, and indulging in a brief marriage, O’Neill developed tuberculosis. During his recuperation, he began to write and enrolled in a writing class in Harvard University. In 1916, his first one-act play, Bound East for Cardiff, was produced in Provincetown, Massachusetts.

In 1920, O’Neill’s play Beyond The Horizon premiered in 1920 and was a huge success, winning the Pulitzer Prize. This was shortly followed by Emperor Jones in the same year. Two years later, the Broadway premiere of Anna Christie earned O’Neill his second Pulitzer Prize. Following the death his parents and brother, O’Neill poured his private grief into his writing and his dramas; Desire Under the Elms (1924) and Strange Interlude (1928), followed.

In 1936, O’Neill became the first American playwright to receive the Nobel Prize for Literature. Although he wrote his famous, autobiographical play A Long Day's Journey Into Night in the early 1940s, he refused to allow it to be published until after his own death. Instead, he spent time away from the stage, returning in 1946 with one of his darkest plays, The Iceman Cometh.

The following year, O’Neill was diagnosed with Parkinson’s Disease and found himself unable to write due to the tremors in his hands. He died six years later of bronchial pneumonia with an incredible legacy of over 50 plays. Finally, Long Day’s Journey Into Night, premiered on Broadway in 1957, winning O’Neill a posthumous Tony Award and third Pulitzer Prize.

View All Shows By Eugene O'Neill