Steven Sater is an American lyricist and playwright. He was born in Evansville, Indiana, and began his college career at Washington University in St. Louis. However, an apartment fire caused Sater to have to jump from his balcony, and he spent months recovering from the injuries and seriously decided to pursue a career in the arts. After his undergraduate education, Sater went on to attend Princeton University, where he earned his masters degree in English literature.

After graduating from Princeton, Sater worked for a literary agent in New York City, and he continued to write plays on the side. While in New York, he became a member of the Soka Gakkai International, a Buddhist organization, where he met both his future wife and his primary writing partner, composer Duncan Sheik. Sater and Sheik began to write music and music for theatre together, and their most fruitful collaboration has been the 2006 musical Spring Awakening. Based on German playwright Frank Wedekind’s 1891 play of the same name, Spring Awakening explores the lives of German teenagers living in an oppressive society that doesn’t want them to know the basic facts about growing up and sex. For Spring Awakening, Sater won Tony Awards for Best Book and Best Score, the Drama Desk and Outer Critics’ Circle Awards for Best Lyrics, and the Grammy Award for Best Musical Show Album. Sater has also written lyrics for film and television, and he and Sheik continue to work as a musical theatre writing team, their most recent project being Alice by Heart, a musical based on Alice in Wonderland. 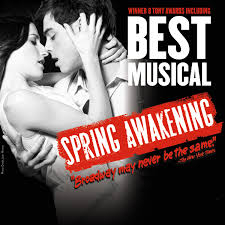 View All Shows By Steven Sater