James Elliot Lapine is an American librettist, playwright, screenwriter, and stage director, known primarily for the works resulting from his collaborations with Stephen Sondheim and William Finn. Born on January 10, 1949, in Mansfield, Ohio, Lapine received his undergraduate degree in history from Franklin and Marshall College. However, he became entranced by photography and graphic design, and he earned his MFA from the California Institute of the Arts.

After graduating from CalArts, Lapine moved to New York City and worked several jobs, including doing some design work for the Yale School of Drama magazine, which ultimately led to a teaching position in Yale’s design department. While at Yale, Lapine directed Gertrude Stein’s Photograph, which played off-Broadway and began Lapine’s career in theatre.

In 1981, Lapine directed Finn’s March of the Falsettos (which would later become the first act in Falsettos; Lapine wrote the book for the second act, Falsettoland). And in 1982, upon meeting Sondheim, the two decided to collaborate on a piece that would then become the landmark musical Sunday in the Park with George, for which Lapine wrote the book. Since then, Lapine has worked with both composers in the capacity of book writer and director. Lapine has won the Tony Award for Best Book of a Musical thrice (for Into the Woods, Falsettos, and Passion).

Lapine is married to novelist and Academy Award-winning filmmaker Sarah Kernochan, and the two have a daughter Phoebe, who is a food writer. In 2011, Lapine was inducted into the Theater Hall of Fame. 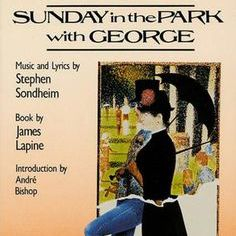 Sunday in the Park with George

View All Shows By James Lapine