Samuel Barclay Beckett was an Irish novelist, playwright, theatre director, and poet, whose plays became some of the most influential and notable works of literature of the modern era. Beckett was born on April 13, 1906, to a wealthy Protestant family who lived in the suburbs of Dublin. He attended Trinity College, Dublin, where he studied English, French, and Italian literature. After graduating, Beckett was selected to teach English at the Ecole Normale Supérieure in Paris, and he ended up living in France for most of the remainder of his life.

In Paris, Beckett met James Joyce, who welcomed him into his literary circle and became one of his greatest influences and mentors. (In fact, one of Beckett’s first published works was an essay about Joyce’s work.) When Germany invaded France at the onset of World War II, Beckett joined the French Resistance, aiding the French in acquiring information about German troop movements. Because of this, Beckett had to leave Paris and spent the rest of his days in the south of France.

After the close of the war, Beckett wrote most of his famed works, including Waiting for Godot (1953), a pivotal play in contemporary drama, which questioned the very meaning of human existence. Godot opened in Paris and became an immediate success. As time passed, Beckett’s works became increasingly minimalistic, and he translated many of his own works himself into English from the original French. Beckett died on December 22, 1989, having suffered from emphysema and Parkinson’s disease.

Samuel Beckett is considered one of the last high modernists, and his work is rife with black comedy and an existential outlook on human nature and existence. His plays and themes opened the doors for many playwrights and novelists throughout the latter half of the twentieth century to experiment with form, theme, and tone. 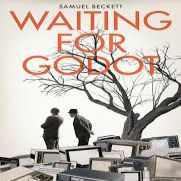 Act Without Words I

View All Shows By Samuel Beckett