Edward Albee was born in Washington, DC on March 12, 1928. When he was two weeks old, he was adopted by millionaire couple Reed and Frances Albee. He was raised by his adoptive parents in Westchester, New York and exposed to theatre at a young age. Albee enrolled at Trinity College, a small liberal arts school in Hartford, Connecticut. where he gained theatrical experience as an actor, rather than as a writer. He was dismissed from Trinity College for cutting classes and Albee's next move was to Greenwich Village in New York City. He claimed to have inspired to become a playwright after meeting Thornton Wilder in 1953 but he did not write his first major play until 1958. The one-act play The Zoo Story was first produced in Berlin and then performed off-Broadway in a double bill with Samuel Beckett's Krapp's Last Tape.

He then wrote a series of one-act plays that strengthened his reputation as a playwright, including The Sandbox, The American Dream and The Death of Bessie Smith. His first full-length drama was Who's Afraid of Virginia Woolf? which premiered in New York in 1962. The play was controversial and extremely popular, winning the Tony Award and New York Drama Critics Circle Award.

The following year, Albee co-created an absurdist theatre company called 'Theatre 1964'. His next plays included A Delicate Balance (which won Albee his first Pultizer prize in 1966), Box (1968), and Seascape (1975). Seascape saw Albee win his second Pultizer Prize. Despite not having a commercial hit throughout the 1980s, he bounced back in 1994 with Three Tall Women, which earned his third and final Pultizer Prize. His final plays included Lorca Play (1993), Occupant (2001), and The Goat, or Who is Sylvia (2002).

In 2005, Albee was awarded the Special Tony Award for Lifetime Achievement.

The Goat or, Who is Sylvia? 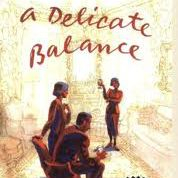 View All Shows By Edward Albee