Richard Charles Rodgers (June 28, 1902 – December 30, 1979) was an American composer of music for more than 900 songs and for 43 Broadway musicals. He also composed music for films and television. He is best known for his song writing partnerships with the lyricists Lorenz Hart and Oscar Hammerstein II and, together, they crafted what we now recognize as the quintessential American musical.

Rodgers was born in New York in 1902 and was introduced to music and live theater at a young age. He began to compose music at summer camp and became determined to work in musical theater. Whilst at Columbia University, Rodgers’ elder brother, Mortimer, introduced him to both Oscar Hammerstein II and Lorenz Hart. Rodgers first collaborated with Hart, a partnership that saw them write scores of songs, such as "Blue Moon," "Bewitched, Bothered and Bewildered," and "My Funny Valentine," and the music and lyrics for 26 Broadway shows.

When Hart became ill and could not continue to write, Rodgers began to work with Hammerstein. Together they had a huge influence on American musical theater, creating classic shows such as Oklahoma!, South Pacific, Carousel, and The King and I. They also created a special televised musical of Cinderella, starring Julie Andrews, in 1957. After Hammerstein died in 1960, Rodgers did not stop working, but instead collaborated with big theatrical names such as Stephen Sondheim and Martin Charnin.

Rodgers was the first person to accumulate what are considered the top show business awards in television, recording, movies and Broadway—an Emmy, a Grammy, an Oscar, and a Tony—now known collectively as an EGOT. Additionally he and Hammerstein won the Pulitzer Prize for Drama for their work on South Pacific and a special Pulitzer Prize for Oklahoma! in 1944.

Rodgers died in 1979 but his musical legacy lives on, with his daughter Mary composing Once Upon a Mattress (1959) and his grandson Adam Guettel composing The Light in the Piazza, which won the Tony Award for Best Original Score and Best Orchestration.

The Sound of Music 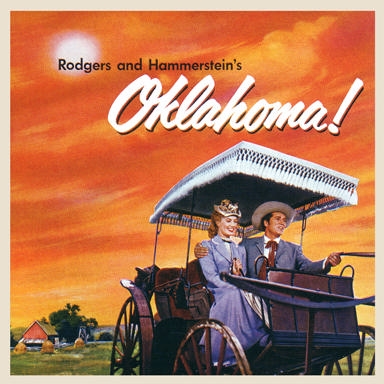 View All Shows By Richard Rodgers