Harold Pinter was born on 10 October 1930 in the London borough of Hackney, and was the son of a Jewish dressmaker. Growing up, Pinter experienced growing antisemitism, and he highlighted the importance of his experiences on his future career. At the outbreak of World War Two, he was evacuated from London at the age of nine, returning when twelve. Following the war, he attended Hackney Grammar School where he played Macbeth and Romeo in school productions. This spurred him on to pursue a career in acting. In 1948 he was accepted at the Royal Academy of Dramatic Art and then moved to the Central School of Speech and Drama in 1951. Pinter toured the country, acting under the stage name of David Baron. Between 1956 and 1980 he was married to actor Vivien Merchant. In 1980 he married the author and historian Lady Antonia Fraser.

Pinter first published a collection of poems in 1950 but he made his play writing debut in 1957 with The Room. Other early plays included The Birthday Party (1957), which was initially a critical and popular failure but later became one of his most performed plays, and The Dumb Waiter (1957). His big breakthrough came with The Caretaker (1959), followed by The Homecoming (1964) and many other plays over the course of the next thirty years.

Harold Pinter was the foremost representative of British drama in the second half of the 20th century. His distinct style has become synonymous with an adjective used to describe a particular atmosphere and environment in drama: “Pinteresque”.

Alongside his work on stage, Pinter also wrote 27 screenplays, several of which were adaptations of his own plays. His film work included The Trial (1993), Sleuth (2007), The French Lieutenant's Woman (1981), and The Comfort of Strangers (1990).

Throughout his career, Harold Pinter received over 50 awards, honors, and literary prizes. He was awarded a CBE (Commander of the Most Excellent Order of the British Empire) in 1966 and became a Fellow of the Royal Society of Literature. In 1996, Pinter received a special Laurence Olivier Award in recognition of his lifetime achievement in theater. Almost a decade later, he became the recipient of the Nobel Prize in Literature in 2005. Finally, just under two years before his death from liver cancer in December 2008, Pinter was awarded France's highest civil honor, the Legion d'honneur. 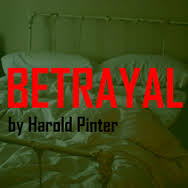 View All Shows By Harold Pinter