Lorraine Vivian Hansberry (May 19, 1930 – January 12, 1965) was an American playwright and writer. She broke barriers with her best known work, the play A Raisin in the Sun, and its success made her the first African-American dramatist, fifth woman, and youngest playwright to win the New York Drama Critics’ Circle Award, as well as the first black female author to have a play performed on Broadway.

Hansberry was born in Chicago in 1930 to progressive parents who fought for equal rights all through her childhood. In 1938, her father, Carl Hansberry, challenged racial segregation by purchasing a house in the Washington Park suburb of Chicago which led to legal action from unhappy white neighbors whose complaints gave way to a supreme court case, Hansberry v. Lee.

She attended University of Wisconsin-Madison in 1948, occupying her time with civil protests and participation in the presidential campaign of Henry A. Wallace. However, in 1950, she dropped out to pursue a journalistic career in New York City, where she worked at the Freedom Journal, rubbing shoulders with Paul Robeson and W.E.B. DuBois while writing about the U.S. civil rights movement, as well as colonialism and imperialism on a global scale.

It was during this time that she penned her most famous play, A Raisin in the Sun. Premiering on March 11, 1959, A Raisin in the Sun was an immediate hit. The title of the play was taken from the poem "Harlem" by Langston Hughes: "What happens to a dream deferred? Does it dry up like a raisin in the sun?" and it highlights the lives of Black Americans living under racial segregation in Chicago. Her body of work also includes several screenplays and many unfinished pieces of writing later consolidated by her ex-husband, Robert Nemiroff, into the plays Les Blancs and To Be Young, Gifted, and Black.

Sadly, she passed away in 1965, aged 34, after losing the fight against pancreatic cancer. However, her work has left a lasting legacy, with various productions put on all over the world and a successful Tony-winning revival of A Raisin in the Sun that hit Broadway in 2004. Posthumously, she has accumulated many accolades, most notably inductions into the Chicago Literary Hall of Fame, the National Women's Hall of Fame, and the American Theatre Hall of Fame. 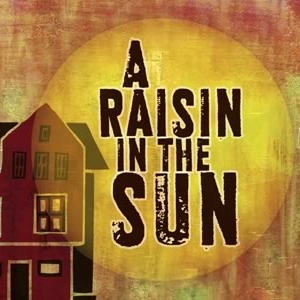 A Raisin in the Sun

View All Shows By Lorraine Hansberry