Peter Shaffer was born in Liverpool, England to a middle-class Jewish family. He had a prestigious education, and earned a scholarship to Trinity College, Cambridge. Originally, he studied history; Shaffer's identical twin brother also studied at Cambridge and graduated with a law degree (but also gained some success as a playwright).

Eventually, Shaffer discovered his writing talents, and his first play The Salt Land was televised in 1955. It was a success. He then wrote Five Finger Exercise, directed by John Gielgud and winner of the Evening Standard Drama Award. It premiered in New York City in 1959, once again winning an award (the New York Drama Critics' Circle Award for Best Foreign Play).

When the National Theatre in London was established in 1963, Shaffer centered his career almost exclusively there. He wrote satiric and philosophical plays, consistently earning positive recognition for his work. Arguably, his most famous and impactful play came in 1973 with Equus, the story of a young stable hand who blinded six horses, and the psychiatrist tasked with discovering why. Equus won the Tony Award for Best Play, and has been revived several times; the 2008 production with Daniel Radcliffe stirred controversy as the young actor appeared naked onstage.

In 1979, Shaffer earned success with Amadeus, which won the 1981 Tony Award for Best Play. It was then made into a film, and won eight Academy Awards in 1984, including Best Picture. Shaffer won the Best Adapted Screenplay Oscar.

Shaffer's career was punctuated by award nominations and wins, from Tony Awards to Golden Globes to Oscars. He was appointed CBE and in 2007 was inducted into the American Theatre Hall of Fame. 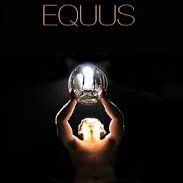 View All Shows By Peter Shaffer