Jeanine Tesori was born on November 10, 1961, and grew up in Port Washington, New York, where she started playing the piano at age three. Her father and mother were a doctor and a nurse, respectively, so when she matriculated at Barnard College, she began on the pre-med track, but after two summers working at a children’s theatre camp, Tesori changed her major to music.

After college, Tesori spent many years as a pianist, arranger, and conductor on and off-Broadway. Eventually, she decided to write her own musical, Violet, which opened at Playwrights Horizons in 1997. Tesori then wrote the incidental music for Lincoln Center’s 1998 production of Twelfth Night, for which she won a Drama Desk Award and was nominated for a Tony Award.

Shortly thereafter, Tesori teamed up with librettist Dick Scanlan to adapt the 1967 film Thoroughly Modern Millie for the stage, earning her a second Tony nomination. Since Millie, Tesori has written the music for several more Broadway shows, including Shrek and the Tony Award-winning Fun Home. Tesori has also composed music for several films, such as Nights in Rodanthe and The Little Mermaid: Ariel’s Beginning.

Tesori met her husband Michael Rafter in 1989 when she played in and he conducted the orchestra for the Tyne Daly-helmed production of Gypsy. They live in New York with their daughter Siena. Tesori is currently the most honored and celebrated female musical theatre composer in history, having written five Broadway musicals and having earned five Tony nominations. 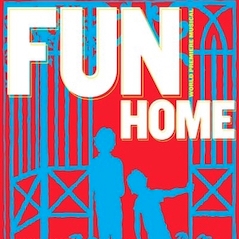 View All Shows By Jeanine Tesori