Heather Hach is a screenwriter, librettist, and novelist. She is mostly known for writing the book for the musical adaptation of Legally Blonde. She is also highly regarded for writing the screenplay for the 2003 remake of Freaky Friday.

Hach studied Journalism at the University of Colorado at Boulder. After graduating from Boulder, she pursued a career in journalism, both as a research assistant at The New York Times in Denver and as an editor at Sports and Fitness Publishing.

Hach became involved in the film and television industry in 1998. She served as a production staff member for the TV series Caroline in the City prior to securing her role as a writing assistant on the TV series Dilbert.

After Hach received and completed the Walt Disney Screenwriting Fellowship in 1999, she wrote the screenplay for Freaky Friday in 2003. She also married her husband, Jason Hearne, this year.

Hach’s next big success came in 2007, when she wrote the libretto for the musical Legally Blonde. Her work won the Laurence Olivier Award for Best New Musical, and was nominated for both a Tony Award for Best Book of a Musical and a Drama Desk Award for Outstanding Musical. In 2008, MTV produced a TV series titled Legally Blonde: The Musical-The Search for Elle Woods which led a nationwide search and audition process for the next actress to play Elle Woods on Broadway. Hach appeared as a judge on the TV series. 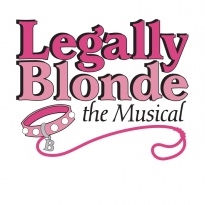 View All Shows By Heather Hach