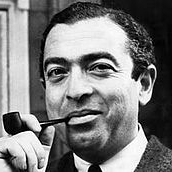 Jerrold Lewis Bock, more commonly known as Jerry Bock, was one of the most successful composers of the 1960s. With his most productive collaborator, Sheldon Harnick, he created many hit musicals that still run today.

Bock was born on November 23, 1928, in New Haven, Connecticut. From a young age, Bock proved musically inclined with the ability to play challenging songs on the piano as a child. He attended Flushing High School in Queens, New York, and during his time there, he wrote a musical called My Dream that was put on by the school and performed by the students. He then attended the University of Wisconsin-Madison. While in college, he wrote a musical called Big as Life which toured the country and ran for a time in Chicago.

After college, he spent several summers writing musical revues for Camp Tamiment in the Poconos. In the meantime, he formed a creative partnership with Larry Holofcencer, with whom he wrote reviews for television shows like the Admiral Broadway Review and Your Show of Shows. Bock’s first big break came from his partnership with Holofcencer, as they contributed songs to the Broadway musical To Catch a Star. The following year, the two wrote songs for a musical designed for Sammy Davis Jr. called Mr. Wonderful. However, their partnership ended when Bock met lyricist Sheldon Harnick, starting Bock’s most successful musical collaboration.

The first musical Bock and Harnick worked on together, The Body Beautiful, did not prove a success; poor reviews led to its early closing after 60 performances. Nevertheless, the score caught the attention of producer Hal Prince and director George Abbott who asked the duo to compose a musical biography of New York Mayor, Fiorello LaGuardia. Fiorello! (1959) turned out to be a hit for the partners, running for 795 performances and winning the New York Drama Critics' Circle Award for Best Musical, Tony Award for Best Musical, and the Pulitzer Prize for Drama. During the next few years, Bock collaborated many more times with Harnick, producing musicals like Tenderloin (1960), She Loves Me (1963), and, arguably their most successful work, Fiddler on the Roof (1964). While She Loves Me, their musical previous to Fiddler, was well received, the response did not measure up to the buzz around Fiddler on the Roof, which ran for over 3,000 performances -- the first musical to do so -- and won nine Tony Awards its original season including the Tony for Best Musical. As of this writing, it remains the 16th longest running show, has been revived five subsequent times, and was adapted for a movie in 1971.

Bock and Harnick’s final collaboration was on a musical called The Rothschilds in 1970, but problems with their approach to the story led to the dissolution of their partnership. After The Rothschilds, Bock ceased composing new theatrical music, but remained active in the theatre world as his musicals She Loves Me and Fiorello! were revived in the 1990s. Throughout the course of his career, he won two Tony Awards, a Pulitzer Prize, a Grammy, two New York Drama Critics' Circle Awards, and a Daytime Emmy for his work on the theme song of the children’s television show, The Wonderpets. He was also inducted into both the Theater Hall of Fame and the Songwriter’s Hall of Fame.

Fiddler on the Roof

View All Shows By Jerry Bock