Joshua Lockwood Logan III was an American director, actor, producer, playwright, and screenwriter. He was born on October 5, 1908, in Texarkana, Texas. When he was three years old, his father committed suicide, so Logan, his mother, and his sister, moved to Mansfield, Louisiana, to live with his maternal grandparents. Logan took his first drama course while a student at the Culver Military Academy and fell in love with the art. He then attended Princeton University and was heavily involved in theatre, even working professionally in summer stock. Before graduation, Logan won a scholarship to be an observer in Konstantin Stanislavski-led rehearsals, and he traveled to Moscow for this prestigious honor.

Logan acted in a couple Broadway plays in the early 1930s before turning to a career in directing. Logan directed several Broadway shows in the decade before World War II, the most successful of which being Thomas’s Charley’s Aunt and Rodgers and Hart’s By Jupiter. In 1942, Logan was drafted into the war, where he served as a public relations and intelligence officer. He also organized “jeep shows” for the soldiers. These involved soldiers who worked as entertainers in their civilian lives performing their shows for the others.

After the war, Logan returned to Broadway, where his directing career blossomed. His most prominent project was the Ethel Merman-helmed original production of Annie Get Your Gun in 1946. Logan then collaborated with Richard Rodgers and Oscar Hammerstein on the ground-breaking South Pacific, for which he both wrote the book and directed the original production. For South Pacific, Logan won the Pulitzer Prize for Drama with the songwriting team (though he was awarded it later than them because the New York Times omitted his name as a co-author in their original review) and the Tony Award for Best Director. After South Pacific, Logan had continued success on Broadway and later primarily became a director for film.

Logan suffered from bipolar disorder, a part of his life about which he was always very frank and he discusses in his autobiography Josh: My Up-and-Down, In-and-Out Life. In the 1970s, he was treated with lithium, and he went on several television talk shows to discuss the benefits of the medical compound. Logan was married twice (to actresses Barbara O’Neil from 1939-1940 and Nedda Harrigan from 1945 until his death). Logan died of progressive supranuclear palsy on July 12, 1998. 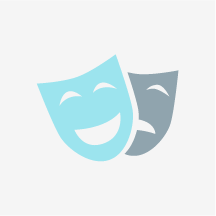 Wish You Were Here

View All Shows By Joshua Logan