Auburn was born in Chicago, Illinois, to parents Mark and Sandy Auburn. He was raised in Ohio until 1982 when his family moved to Arkansas. After graduating from high school in 1987, he attended the University of Chicago, where he was a member of Off-Off Campus, and received a 1991 B.A. degree in English literature. Following a one-year fellowship with Amblin Entertainment, he moved to New York City in 1992. Auburn spent two years in the Juilliard School's playwriting program, studying under the noted dramatists Marsha Norman and Christopher Durang.

Auburn's first full-length play, Skyscraper, ran Off Broadway in 1997. His short play, What Do You Believe About The Future? appeared in Harper's Magazine and has since been adapted for the screen.

Auburn is best known for his 2000 play Proof, which won the 2001 Tony Award for Best Play, as well as the 2001 Pulitzer Prize for Drama. He has adapted it into a film, which was released in 2005. His play The Columnist had its world premiere in a production by the Manhattan Theatre Club on Broadway, running from April 3, 2012 through June 3, 2012 and starring John Lithgow with direction by Daniel Sullivan.

Auburn has also been awarded the Helen Merrill Playwriting Award and a Guggenheim Fellowship. Following Proof, he wrote the screenplay for the movie The Lake House, released by Warner Bros. in 2006. In 2007, he made his directorial debut with The Girl in the Park, for which he also wrote the screenplay. 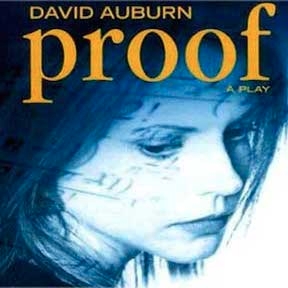 View All Shows By David Auburn

My Children! My Africa!" by Athol Fugard