I started my own business. Not just as a...

Midway through her reminiscence, she brings up the topic of first her

Join the StageAgent community to learn more about this monologue from Sunset and unlock other amazing theatre resources!

Upgrade to PRO to learn more about this monologue from Sunset and unlock other amazing theatre resources!

Over the River and Through the Woods - Play

Start: I was there when her vagina opene...

I Was There in the Room woman

I started my own business. Not just as an agent, but buying, selling and renting too. I wanted to be as good as that first mistress of yours. I proved myself her equal in more ways than one. Robert was as good-looking as Rock Hudson in his Doris Day days. Unlike Rock Hudson, he was married. And unlike you, he could talk as well as listen.

I would call him when the office was empty. We would meet for lunch in Fremont or San José, then we’d go through the pretense of my showing him houses before checking into a motel. The first few times I returned home guilty, horrified that I was betraying you and the children. Then I saw, as years before you must have seen, that we can keep our emotions in separate compartments. In the evenings and at weekends there were you and the children. The days were for Robert.

We might have married, if we had both been single. He asked me once; we were both relieved when I said no. It ended soon after and I wondered about another affair. With someone different: a younger man or an artist; even a black man or foreigner. Of course they were fantasies. An African-American? Too many people would notice. A toy boy? He would have wanted too much or offered too little. Besides, by then you knew. An old letter from Robert at the back of a drawer.

You should have kept quiet. Because I would only confess to Robert when you confessed to your women. You denied it. Your voice rose. It was good to see you for once in your life expressing some emotion. Then Lisa came in. She was used to my anger, but not yours. You reassured her and put her back to bed. Tomorrow, we said; we’ll talk about it then. 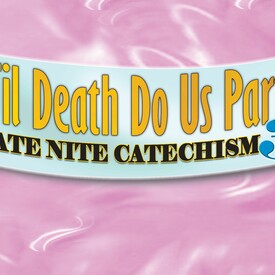