Dracula, the Musical is a contemporary musical based on Bram Stoker’s famous novel. The musical opens as Jonathan Harker, a young, hard-working English lawyer, travels to Transylvania in order to finalize the sale of a London home with the mysterious Count Dracula. However, Harker’s stay at the Count’s remote castle becomes stranger and stranger, as he is pursued by the wily Vampire Brides. In turn, the Count sees picture of Jonathan's fiancée, Mina Murray, which has a profound effect upon him. Finally, Harker manages to escape to Budapest, but not before the Count manages to taste the lawyer’s blood. Mina travels to meet Harker and marries him there and then, while Mina's beautiful but naive best friend, Lucy, decides to marry her childhood sweetheart, Arthur, in London.

Meanwhile, Dracula travels to London in search of fresh victims. He makes contact with his faithful servant, Renfield, who is a permanent resident of the lunatic asylum. The Count promises him eternal life in exchange for his help. The Count seduces Lucy as his first victim and she dies after he drains her blood. However, she turns into a vampire herself and the renowned vampire expert, Professor Van Helsing, is forced to hunt her down and killer once and for all. But Count Dracula is now finished there. He communicates telepathically with Mina and feels a strong connection with the young woman. Mina, in turn, is strangely attracted to the Count but fights against her desires. When she eventually gives in to the Count, he tastes her blood, intending to also turn her into a vampire. However, the Count is forced to escape from Van Helsing and vampire hunters, who realize the connection between Mina and Count Dracula and decide to use it to their advantage.

The final showdown takes places at the Count's Castle in Transylvania. Despite helping the vampire hunters, Mina decides to abandon all senses and follow Dracula into eternal life. However, Dracula realizes that he loves her too much to allow this to be her fate, and begs Mina to put an end to his existence once and for all.

View All Characters in Dracula, the Musical 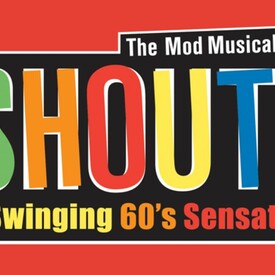