It’s 1965 and Jude Rigby has one simple goal... She wants equality for everybody. Fed up with a society that treats women, colored, and gay people as second-rate citizens, Jude and her friends begin a journey that will break down these barriers.

A local group, the Beat Boys, are invited to appear on a live, worldwide global telecast, where an award for the “Man of the Year” is to be presented. Jude realizes that this is a perfect opportunity to make a bold statement and her actions go on to inspire her flamboyant boss Maxwell, best friend Abbey Rhode, and mystery, colored man Bobby.

However, everyone is arrested and sent to jail during a midnight raid. They are soon released thanks to Bobby, but things turn bad again as the Beat Boys are prevented from appearing on live television and Jude loses her job.

After a pep talk from an unlikely source, Jude is inspired to fight for equal rights for all, as well as help the Beat Boys gate-crash the global broadcast.

A newly transformed Maxwell takes over as compère and before the “greatest band in the world” perform, the award for the “man of the year” is awarded... to woman. Jude has also succeeded in obtaining equal rights for all. 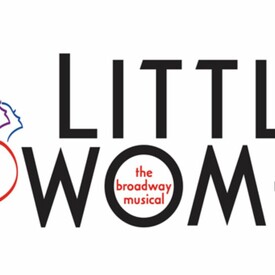