The Man Who Came to Dinner

Mr. and Mrs. Ernest W. Stanley are thrilled when Sheridan Whiteside, a brilliant, witty, and widely beloved radio celebrity, accepts their invitation to dinner on his tour through their little town of Mesalia, Ohio. However, when Whiteside injures himself by slipping on a piece of ice on their doorstep, and is confined to their home for the better part of December, the Stanleys are not so pleased with the change in their household. Brilliant, witty, and highly beloved he may be, but Whiteside has the behavior of a mischievous, sarcastic, entitled princeling, and he does not suffer fools. Demanding control of the entire household -- on top of the $150,000 for which he is suing Mr. Stanley -- in recompense for his injury, Whiteside commandeers the telephone, fills the library with penguins and cockroaches, and invites a band of paroled convicts over for lunch. For his part, Whiteside finds his small-town confinement to be incredibly irritating, and is bewildered and annoyed by his encounters with persistent Dr. Bradley, who has written a book, and Mr. Stanley’s spooky sister Harriet, who bestows a holly branch on him as a token of regard. Bert Jefferson, a personable young reporter with ambitions to be a playwright, seems to be the only local worthy of respect -- but when Whiteside’s secretary Maggie Cutler, upon whom he relies for her sharp intelligence and endless patience, falls in love with Bert and declares that she will leave her job to marry him, Whiteside descends into a panic. He calls on glamorous vamp Lorraine Sheldon, an actress with quite an offstage reputation, to lure Bert away from Maggie, under the guise of pursuing his brilliant play. Maggie counters with a trick of her own, aided by the vocal impressions of sophisticated British performer Beverly Carlton. Her plan to send Lorraine on a wild goose chase is discovered, however, and the venomous Miss Sheldon prepares to take great pleasure in destroying Maggie’s heart, and ultimately Whiteside’s peace of mind. With Maggie preparing to leave his service, married or not, and Mr. Stanley preparing to throw him out into the snow, a newly contrite Sheridan Whiteside must save the day armed only with his knowledge of famous murderers, his friend Banjo’s airplane to Nova Scotia, and his newly acquired mummy case, sent as a Christmas present from the Khedive of Egypt. Moss Hart and George S. Kaufman’s The Man Who Came to Dinner is a brilliantly witty madcap play, which manages to combine the sophistication of great comedic literature, the frenetic energy of the silliest farce, and a genuinely sweet heart into one of the most beloved comedies of the American theatre. Filled with fascinating character roles and winking homage to the intellectual and popular culture of the 1930s, this play is both a great period piece and a timeless classic.

View All Characters in The Man Who Came to Dinner

The Man Who Came to Dinner guide sections 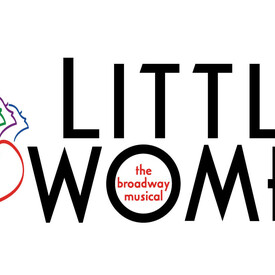