Robert Louis Fosse was an American dancer, choreographer, director, screenwriter, and actor. Fosse was born on June 28, 1927, in Chicago, to Cyril and Alice Fosse, who supported their young son’s passion for dance. After starting formal dance training at the age of seven, Fosse began dancing professionally in nightclubs by the time he was a teenager. Upon graduating high school, Fosse enlisted in the Navy but never had to serve in combat because World War II ended before he finished boot camp.

After leaving the military, Fosse appeared in Broadway choruses and in 1953 was signed to an MGM contract, and he held featured roles in several films, one of which (Kiss Me, Kate) earning him the attention of Broadway producers, who hired him to choreograph their musicals. Fosse met his long-time dance partner and wife, Gwen Verdon, when he was choreographing Damn Yankees in 1955. (Fosse had had two previous marriages that ended in divorce, and he and Verdon would ultimately separate.)

Fosse then became a regular Broadway director and choreographer, placing his lasting imprint on shows such as How to Succeed in Business Without Really Trying, Sweet Charity, Cabaret, Pippin, and Chicago (for which he co-wrote the book). He also directed the acclaimed 1972 film adaptation of Cabaret and beat out Francis Ford Coppola (and The Godfather) for the Academy Award for Best Director. Fosse continued to direct and choreograph films and Broadway musicals until he died of a heart attack on September 23, 1987, in Washington, D.C.

A tribute to his work, the musical Fosse, premiered on Broadway on January 14, 1999. Fosse's original choreography from 13 of his projects was restaged by Chet Walker, Jr., a dance captain on many Fosse shows, and frequent collaborator Ann Reinking. The production won the 1999 Tony Award for Best Musical, and was later filmed by PBS as part of their Great Performances series.

Fosse, who was influenced by song-and-dance man Fred Astaire, remains one of the most influential choreographers in American musical theatre history, leaving his mark on Broadway because of his use of jazz hands, turned-in knees, rolled shoulders, sideway shuffling, bowler hats, canes, and gloves. 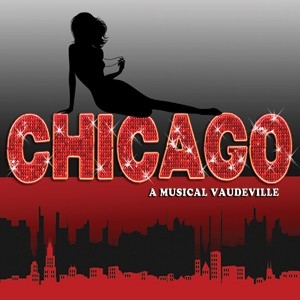 View All Shows By Bob Fosse