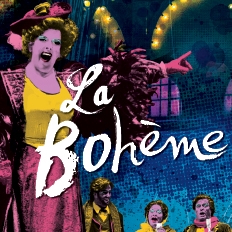 Freezing in their apartment, Marcello and Rodolfo burn the manuscript of Rodolfo’s play to stay warm. Colline, their philosopher friend, comes by after failing to sell some books for money, but Schaunard, their musician friend, shows up bringing wine and food. As they set up their feast, Schaunard tells the story of how he acquired a job for an old man who asked him to play his violin to a parrot until it died. To celebrate, Schaunard announces that they should save the food and instead go out to a Cafe where he will play. As they are preparing to leave for their festivities, they are interrupted by Benoît, their landlord, who is

Join the StageAgent community to read our guide for La Bohème and unlock other amazing theatre resources!

Upgrade to PRO to read our guide for La Bohème and unlock other amazing theatre resources!